Rhys Ifans: “This is a story told with ingenuity and passion in each word and every note, it has the perfect blend of contrasts, of happy and sad and sweet and sour. The story is shocking, a real heartbreaker, but there’s beauty in the prose and wonder in the music.”

Michael Garvey, Director of BBC National Orchestra of Wales said:   “We’re committed to championing new orchestral music in our programming, so are thrilled to be part of this journey with Cian. This piece is quintessentially Welsh – a wonderful combination of music, folklore and poetry and as Wales’ national orchestra, we’re excited to be performing the world premiere.”

Available for bookings 2018 / 2019 – Score and artistic direction available for orchestras in the UK and internationally.

Producer, songwriter and one fifth of the Welsh psych-pop heroes, Super Furry Animals, Cian Ciarán cuts his classical teeth to tell an ancient story of heartbreak in rural, North Wales using sublime instrumentation and spoken word in this his first orchestral work.

Actor and musician, Rhys Ifans, best known for his roles in The Amazing Spiderman, Harry Potter and the Deathly Hallows and, more recently, Snowden, has contributed to the piece contributing his seasoned, dramatic delivery to the traditional Welsh folk tale of love and loss.

Almost 20 years in the making, the score features many ideas developed while on the road, in sound checks and in studio breaks, while with the band and working on solo projects, coming together in the last five years as a work completed for the 90 piece orchestra and choir to perform. An evocative Welsh-language version of the story, the spoken word element is written by poet Gruffudd Antur.

In an S4C music documentary premiered on 30/11/17, viewers were alongside Ciarán as the 90-piece National Orchestra of Wales performed his first, completed classical score at Cardiff’s Hoddinott Hall in November 2016. Telling one of Wales’ most dramatic folk fables in a series of twenty three orchestral movements, the orchestra was accompanied in its celebratory first performance by specially commissioned words and evocative Welsh-language version of the story by poet Gruffudd Antur and narrated by actor, Rhys Ifans.

The documentary brings the tragic romance of Rhys & Meinir, as well as Ciarán ambitions for the project, to life. The story follows Rhys and Meinir, destined to find true love in each other, living in the remote village of Nant Gwrtheyrn. Their childhood romance blossomed for all to see, but on the day of their marriage, Meinir is nowhere to be found and the mystery leads Rhys into months of despair. When finally a thunder strike reveals Meinir’s final hiding place, Rhys is unable to live a second longer. 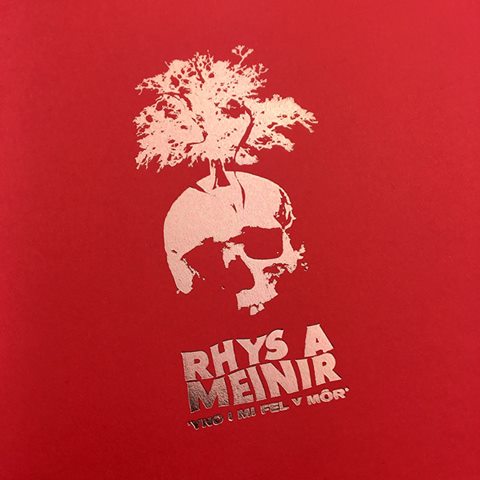