Cian Ciarán ft. She Drew The Gun – Keep the Darkness out

Never known to pull political punches as individuals, the unbowed voices of Cian Ciarán and She Drew The Gun’s Louisa Roach combine, as pantomime turns from farce to tragedy in the hands of politicians, to release Keep The Darkness out on Strangetown Records on Wed 8 July 2020. The electro-dabbling fifth of Super Furry Animals, Ciarán wires into a broad palette of mood-altering beats, while Roach dashes resonant words across the free-range, undulating, sonic textures.

A matter of survival, Roach’s words throw shade at the world’s dangerous forces of divisive politics, war and religion (How do we treat this angry child? Who hates his sisters who wants them blind?), while delivering the most profound warning that it’s the words and pictures of artists, authors and musicians which present the most potent forms of counter-attack. In the sense of ‘keeping the darkness out’, Roach reaches for the pages of books, the brush and the pen to keep distant the tense bubbles of social media, 24-hour news cycles and reality-warping influencers.

Keep The Darkness Out is the latest track to be revealed as part of Hero Leader God, a long-term project set for Winter 2020 release as a finished album, matching Ciarán’s diverse musical ideas with admired songwriters and wordsmiths, each sharing his desire for change. Other collaborators have included Steve Mason and Stephen Morrison-Burke.

Combining 25 years as a Super Furry Animal with solo projects and broader cultural initiatives, not limited to acclaimed albums (Outside In, 2012 and They Are Nothing Without Us, 2015), but orchestral scores (Rhys a Meinir with the BBC National Orchestra of Wales), installation and film Ciarán is renowned as a happy studio adventurer. His restless investigations into electronic music, as well as a lifelong love of house music, added swathes of bleep, drone and squelch to a catalogue of adored Furries classics. On Keep The Darkness Out those sounds provide ballast to every word, while creating a purposeful sense of unease.

Cian says: “Nothing ever seems to change, and that’s the problem. Pulling together the collaborations for Hero Leader God, not least the brilliant lines from Louisa for Keep The Darkness Out, is one way of expressing the frustrations some of us feel with the power that hangs over us. That power is, to some degree, a delusion, but a falsehood that will only be exposed by people realising their individual sense of power. If music changes one person’s mind from resignation to hope, then it’s worth it.”

Louisa says: “It isn’t hard to find the words to express disappointment and anger sometimes, but it can be a challenge to express the other side of the coin, that we’re still free to read, write and sing to a world that ‘they’ will never really understand. It’s for us, not them. Perhaps that’s what scares them the most, it’s worth holding on to that thought.”

Released on Ciarán and fellow Furry, Dafydd Ieuan’s Strangetown Records, Keep The Darkness Out was recorded between Cardiff, Wales and Liverpool, England. More music from Hero Leader God is scheduled to appear in a monthly cycle, leading to the full physical and digital release in late 2020. 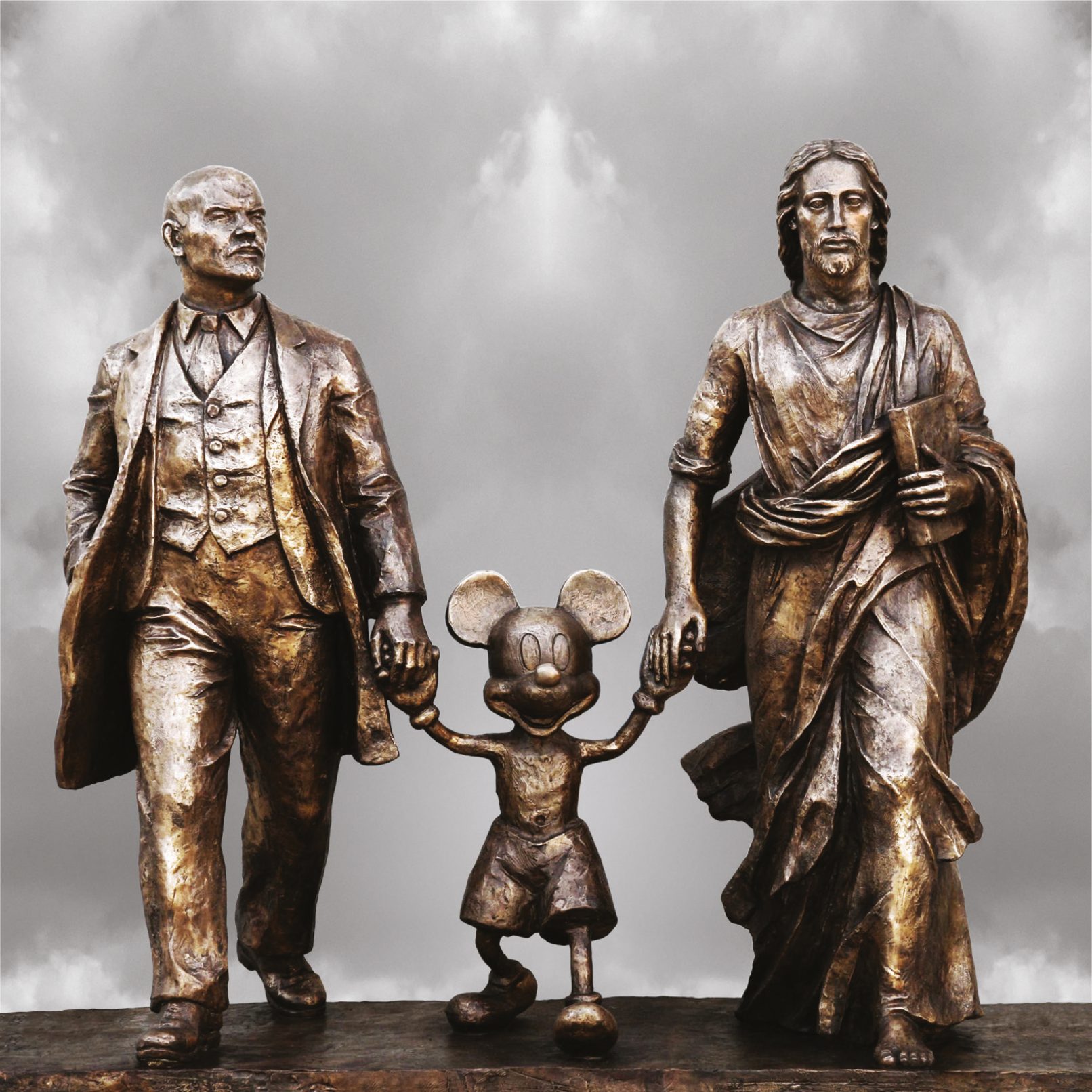