Super Furry Animal and anti-nuclear campaigner, Cian Ciarán uses sound in fierce opposition to the dumping of 300,000 tonnes of radioactive mud off the Welsh coast by releasing the soundscape, 20 Milliservierts Per Year in a special, limited edition mud-filled package. Ciarán will hand deliver to the Senedd each copy pressed for every member of the Welsh Assembly taking a vote on the decision on Wed 23 May 2018 . The physical CDs, bagged up with half a kilo of ‘radioactive’ mud, are accompanied by a full, digital release on his own Strangetown Records on the same day.

A previously unheard piece of music, Ciarán collaborated with friend and musician, Meilyr Tomos for the first time in three decades on the piece, having played together in their first ever band as teenagers in North Wales. Originally written by the pair as a static binaural soundtrack to a powerful exhibition of photographs taken in the evacuation area around the site of 2011’s catastrophic Fukushima nuclear disaster by artist, Lis Fields. The title of her exhibition, *20 Milliservierts Per Year refers to the maximum dose of radiation that Fukushima citizens can be legally exposed to each year and is also accompanied by a film produced by creative collective ffloc.

With the refrain: “This isn’t a gift to Wales from Westminster” closing the foreboding release, as well as asking the recipient to physically dig for the release in sludge, Ciarán sends a clear message of opposition not only to the proposed radioactive mud dump, delivered from the Hinkley Point C nuclear project on the English side of the Severn Estuary but also the proposed development of a new nuclear power station on Ynys Môn in North Wales. By acting on the day it is debated by politicians, he makes it clear that those in power have a responsibility to Wales and humanity to resist the UK governments dubious relationship with French, state-owned energy supplier, EDF and the unscrutinised dealings between Hitachi and Westminster.

Ciarán says: “There have been over 7,000 signatures collected nationally and 150,000 across the UK to state their opposition to the plans to simply dump radioactive soil on Wales from a dodgy deal to build a nuclear power station in England, with pure disdain shown to the people of Wales again by those aiming to make it happen. This ignorance offers a poignant comparison to the overlooked victims of nuclear power in Fukushima who are left without a home and without a voice and for those on Ynys Môn who are crying out for protection from the powerful nuclear lobby juggernaut and the dangers of another nuclear power station on the island. The project makes so little, rational sense as a source of energy, that we can only surmise that its development is to prop up military nuclear concerns, while diverting attention and resources from progressive and profitable renewable projects. Neither Westminster nor the Welsh Assembly can be trusted whilst the rest of the world have come to their senses and have ditched nuclear as an old, tired and failing technology.

“This is already a morally and economically questionable decision and Fukushima serves as a warning to the decision makers here what happens when they listen to the corporations and not its people, putting profit before people and profit before the planet. We have a voice we just need to shout louder to either change the minds of, or rid ourselves of, those policy makers who, if they could care less, definitely would.”

Previously exposed to radiation for over half a century from the previous the former Hinkley Point A and B nuclear power stations, the proposal to use Wales as a dumping ground as part of the contentious development of a third nuclear facility only 19 miles from Cardiff, is seen as not only an insult to Wales, but a precarious decision for the long-term health of those living in the area. Opposition to the dumping demands clear evidence to the contrary before the plans are considered to go ahead.

Tim Deere-Jones, Marine Radiation Consultant, says: “We are concerned that, before issuing the licence, the Welsh Government failed to demand that the nuclear industry carry out formal site specific Environmental and Public Health Impact Assessments. There is insufficient evidence about the potential health and environmental impacts to South Wales sea users and coastal populations to conclude that this proposal would be harmless. We need a postponement to ensure that all this basic evidence is collected”.

Brian Jones, Vice Chair of CND Cymru, says: “No evidence has been submitted to suggest that the project has any benefit to us, the people who live along the South Wales coast. We believe that the Well-being of Future Generations (Wales) Act 2015 should mean that any risks associated with a proposal should be judged in the context of what benefits that proposal might bring. The proposed dumping of radioactive sediment off Cardiff clearly has no benefits for Welsh people, so permission to dump should be refused”.

As a member of PAWB, campaigning against the replacement of the Wylfa nuclear power station on the beautiful north Wales island of Ynys Môn (Anglesey), Ciarán and his father, Dr Carl Clowes, travelled in 2013 to Fukushima to meet with people displaced by the nuclear disaster in 2011. Caused by the rising tide of a tsunami, the meltdown of the Fukushima reactors, ensuing national panic and ongoing crisis in the region caused former Prime Minister of Japan, Naoto Kan, to become a prominent anti-nuclear campaigner, travelling as far as Wales to warn against the known and unforeseen perils of nuclear technologies.

* “In the rest of Japan and the rest of the world the maximum permitted non-occupational dose to a citizen is 1 millisievert per year, as recommended by the International Commission on Radiological Protection (ICRP).” 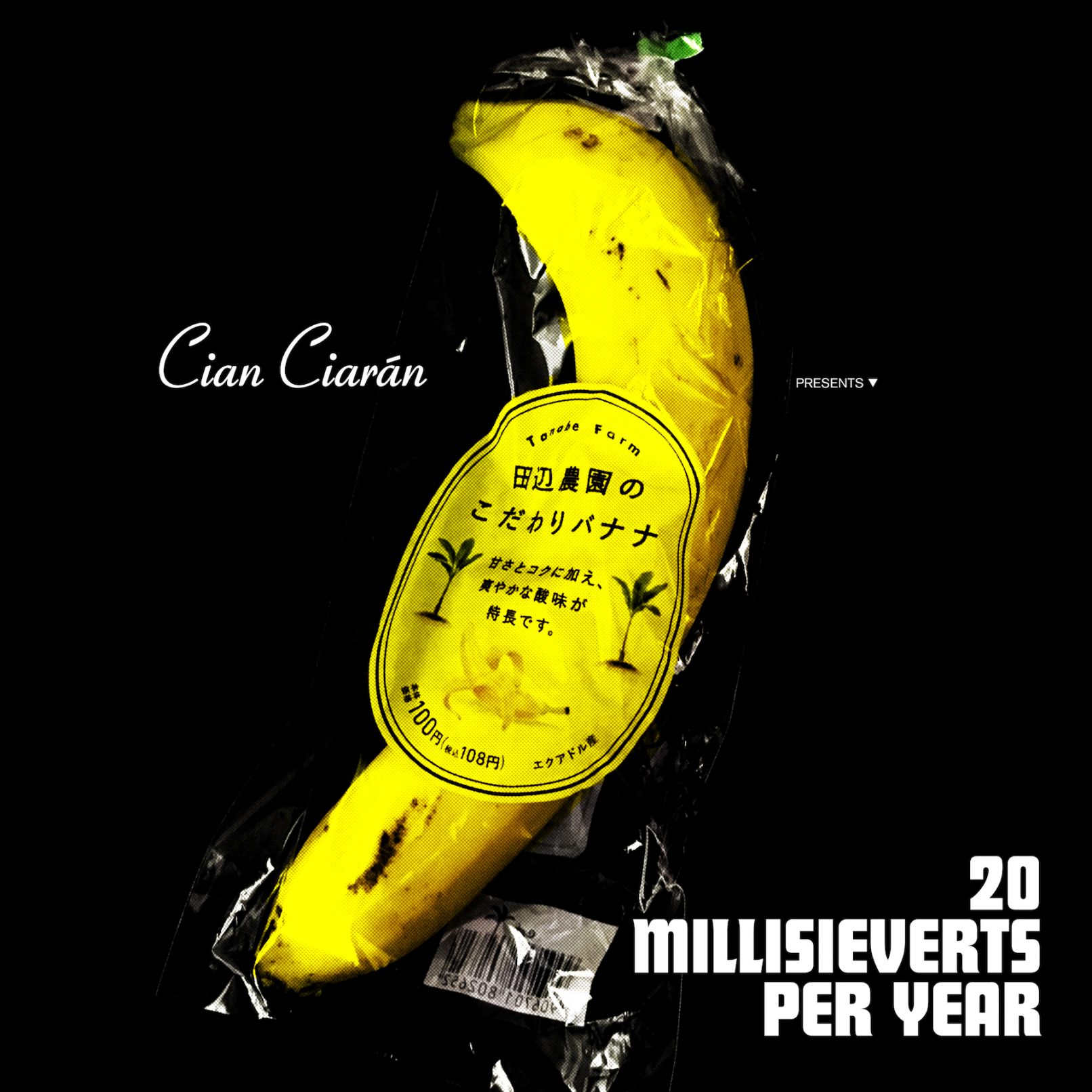 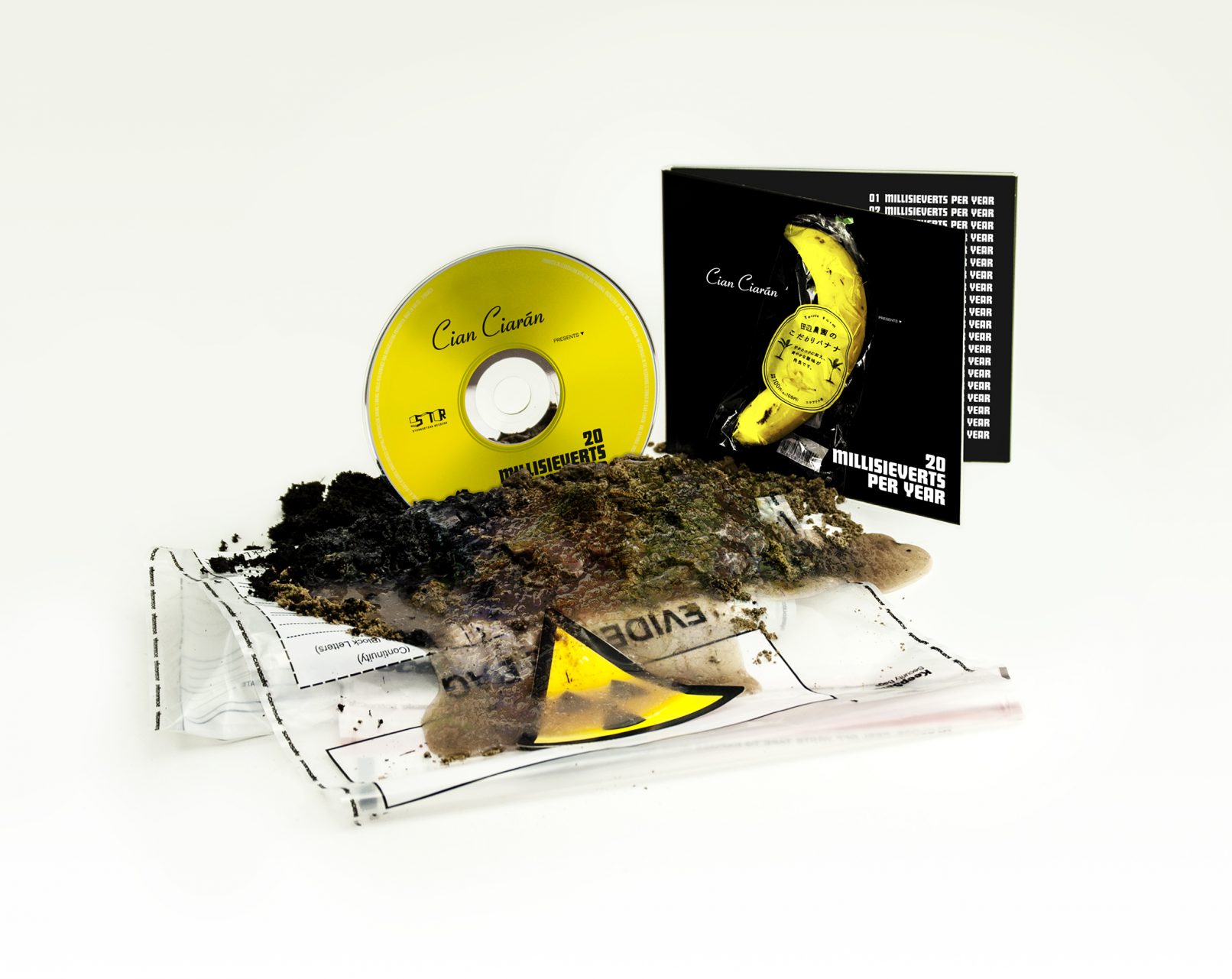